Six benefits of having regular sex with your spouse

The number of global new cases of COVID-19 being reported continues to fall for the sixth consecutive week, with 2.4 million new cases last week representing an 11 percent decline, compared to the previous week.

This was contained in COVID-19 Weekly Epidemiological Update dated February 21 and issued by the World Health Organisation. 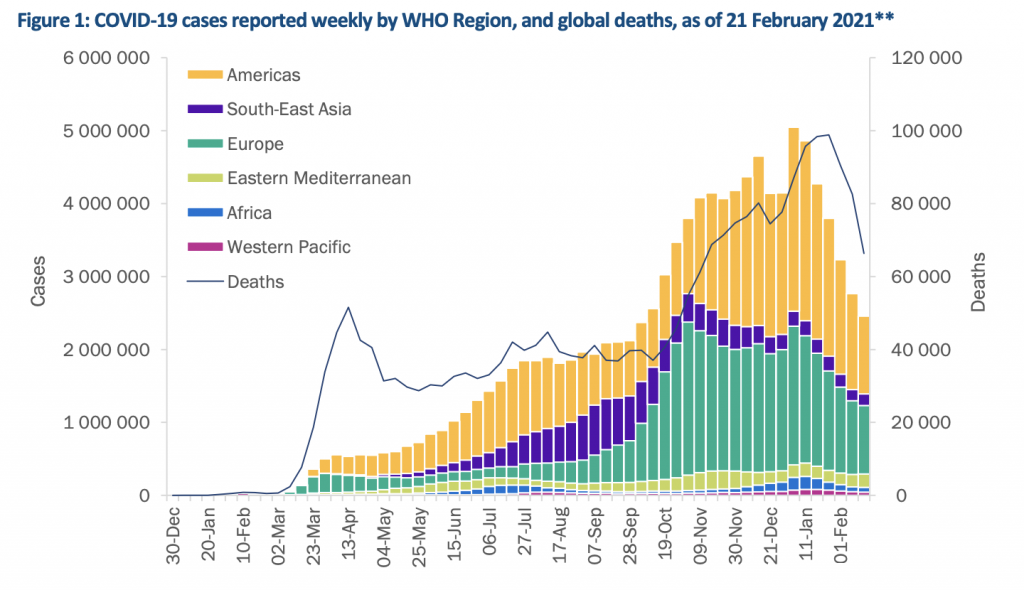 The WHO noted that the number of new deaths also continues to fall for the previous three weeks, with nearly 66,000 new deaths reported last week, representing a 20 percent decline as compared to the previous week.

“This brings the global cumulative numbers to 110.7 million cases and over 2.4 million deaths since the start of the pandemic, the agency said.” 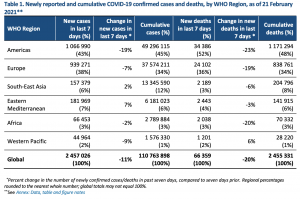