Inside the protein channel that keeps bacteria alive

They noted that efforts to reduce the risk of the condition affecting many people around the world must include better education on the health effect of alcohol consumption.

The public health physicians, Dr. Kabir Mody and Dr. Ayodele Micheal Adewale stressed that it is now important to educate people around the world about the health danger of alcohol abuse.

The experts spoke in relation to the designation of February as Gallbladder and Bile Duct Cancer Awareness Month. 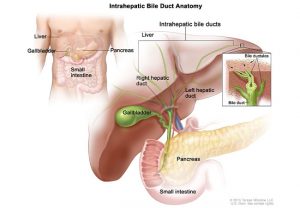 Speaking in a podcast posted on Tuesday, Dr. Mody, who is a past co-chair of the Hepatobiliary Disease Group at the Mayo Clinic Cancer Centre, said though bile duct cancer is not very common, it is one of the few cancers that is rising in incidence globally, noting that alcohol consumption increases the risk of the condition.

“Alcohol consumption can raise the risk for bile duct cancer (cholangiocarcinoma) by about two to three times,” he said.

While noting that most gall bladder cancers are discovered late and have a poor prognosis, Mody also stated that alcohol consumption also increases the risk of “chronic hepatitis C and chronic hepatitis B, maybe slightly more, maybe be four or five times the risk.”

According to Mody, bile duct cancer usually starts in the liver before migrating through the liver into one single bile duct to exit the liver, noting that the bile duct can enter the small intestine and small bowel.

“And basically, what happens is it becomes a tumour within the bile duct. And then that tumour as it progresses will invade through the wall, the bile duct and into the liver.

“Which is why many of these cancers when we do find them appear as a mass within the liver, but they are really coming from those cells that line the bile duct. And gallbladder cancer works similarly.

Other risk factors for the condition, Mody said, include diabetes, smoking and obesity, adding that in some areas of the world, some parasites that live in the bile duct also causes significant inflammation and changes that lead to bile duct cancer.

Mody, however, disclosed that there has been a lot of development in recent years on the bile duct and liver cancers in general.

“There has been a lot of development over the last couple of years. This development stems from learning biology, and genomics, particularly.

“So, a few years ago, when we were able to finally learn more about the biology of the disease from genetics. One of the biggest updates is that particular genetic alterations drive these tumours, and they differ between the different subtypes.

“And the pharmaceutical industry has followed suit and done research and development and developed drugs that are now on the market and much more to come to offer patients significant responses and, and disease control.

Speaking with PUNCH HealthWise, Dr. Ayodele Adewale, who is the Medical Director, Quantum Leap Consulting, while noting that liver cirrhosis increases the risk of bile duct cancer, stressed that one of the major causes of cirrhosis of the liver is alcohol abuse.

Adewale said, “Proper education of Nigerians on the harm that alcohol abuse does to the human body by the various non-governmental organisation, mass media has become more imperative.

“This education should be done at all levels from secondary schools, motor parks and even social gatherings.”