The Nutritional Status of Nigerian Children: What needs to change

We fear for our lives, safety of our unborn children –Pregnant women with COVID-19

The Nutritional Status of Nigerian Children: What needs to change

Resilience, Doggedness, Creativity, these are some of the adjectives used to describe the Nigerian child over the years. To be frank, it has been a journey of overcoming stacked up odds for the average Nigerian child. He/she has had to fight nutritionally to gain every ounce of physical and cognitive advantage required to conquer the limitations of his immediate environment.

What are the current realities of the Nigerian child in his/her own nutritional space?
The most recent National Demographic and Health Survey (2018) revealed that 37% of Nigerian children are stunted, 7% are wasted, while 22% are underweight. A good percentage of which are also experiencing multiple forms of malnutrition; both stunting and wasting simultaneously. This is a slight improvement from the National Demographic and health Survey 2013 but still makes for grim reading as Nigeria still ranks among the countries in the world with the highest cases of malnutrition among U-5 children. 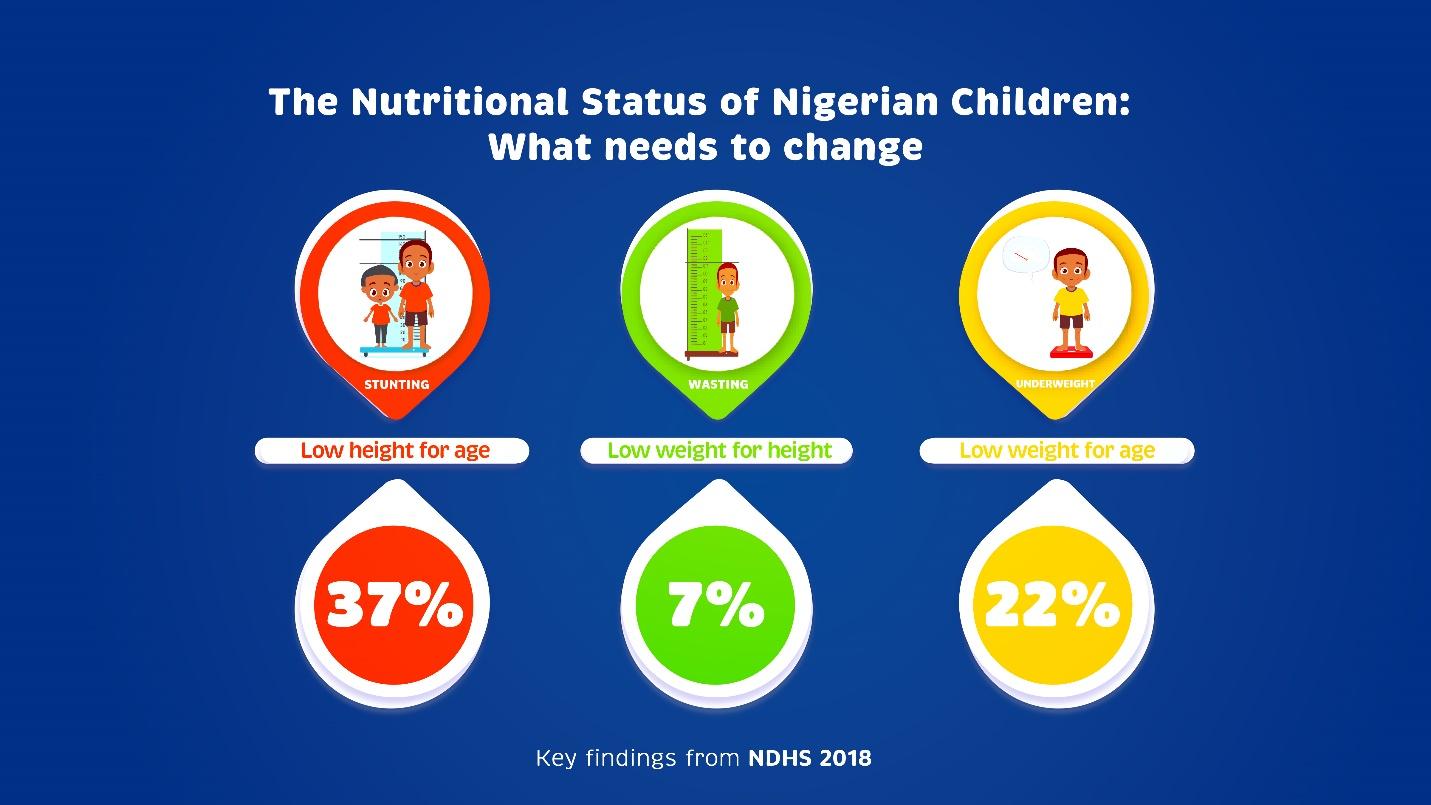 Another significant issue that is not talked about enough is the problem of “Hidden Hunger”, a phrase used to describe micronutrient deficiency in children. Deficiencies in key vitamins and minerals fall under this category and are difficult to detect in children even when they look completely healthy.

The vagaries of our economy also have been shown to have a debilitating impact on the outlook for the Nigerian child in terms of nutritional interventions and stability. According to the world data bank, about half of Nigeria’s population now live in extreme poverty surviving on less than 2 dollars a day. Plus, according to UNICEF, in recent times, as more families and households are losing their sources of income and home environments are turned upside down due to the socio-economic impacts of COVID-19, children find themselves more vulnerable to poverty and likely to be deprived of basic needs, in turn hitting their feeding practices hard.

The future of the Nigerian Child is threatened.

What needs to change?

‘A hungry man is an angry man’.

This simple saying attempts to describe how a poor nutritional state inevitably leads to poorly developed cognitive and behavioral skills required to thrive in a competitive world.

A blueprint for conscious and deliberate interventions must be developed at all the levels of child care; from the healthcare perspective as much as from the household.

A 2009 South East Asian Nutrition Survey done in Malaysia, Thailand and Vietnam aimed at evaluating the relationship between anthropometric indicators such as height, weight and BMI with the cognitive performance of 6746 children concluded that the likelihood of children having below average non-verbal IQ (<89 score) according to nutritional status was 3.5 times more among underweight children and 2 times more among thin and stunted children.

One major intervention for this is the utilization of the window for significant neurocognitive development available to every child between conception and 5 years of age where 90% of  brain growth and crucial aspects of its development  has been proven to occur. A physiologically-essential nutrient for this process is the omega 3 fatty acid, Docosahexanoic acid (DHA) which is required in high concentrations to provide optimum neuronal functioning and visual acuity. DHA is found in breastmilk and  food sources like fish, eggs and chicken. Breast milk is the best for babies and of course the gold standard for infant feeding. The World Health Organization recommends that infants should be exclusively breastfed for the first six months of life after which appropriate complementary feeding should be commenced while breastfeeding is continued up unto at least two years.  Afterwards, it’s important that milk remains a vital part of a child’s diet till adolescence and beyond.  According to the Food and Agriculture Organization of the United Nations, milk and dairy products have been successfully used in the prevention and treatment of moderate and severe malnutrition in children. A well-balanced growing-up milk, tailored specifically to their nutritional requirements, can serve as a valuable addition to their daily diet  by providing substantial amounts of daily-required (essential) nutrients including DHA.

Peak 456 Growing Up Milk  with DHA is specially formulated for children 4 to 6 years old to support their physical growth and  continuing brain development. 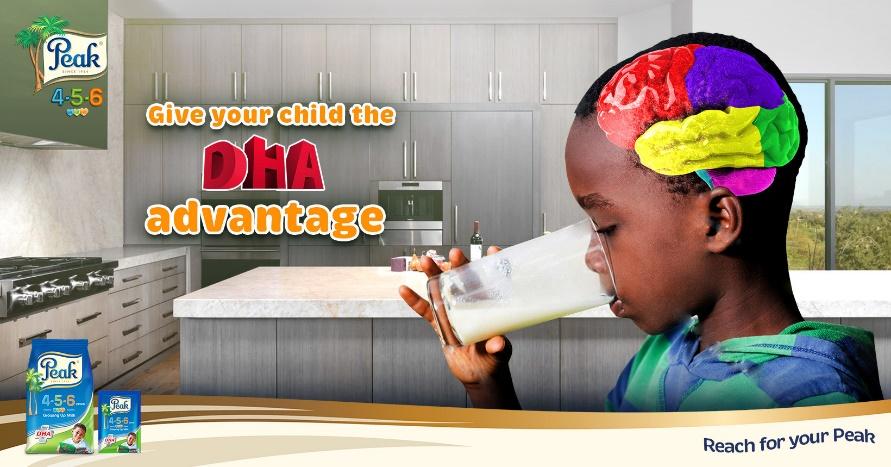 The post The Nutritional Status of Nigerian Children: What needs to change appeared first on healthnews.ng.

How $28bn ACT project will help COVID-19 fight –WHO

How $28bn ACT project will help COVID-19 fight –WHO